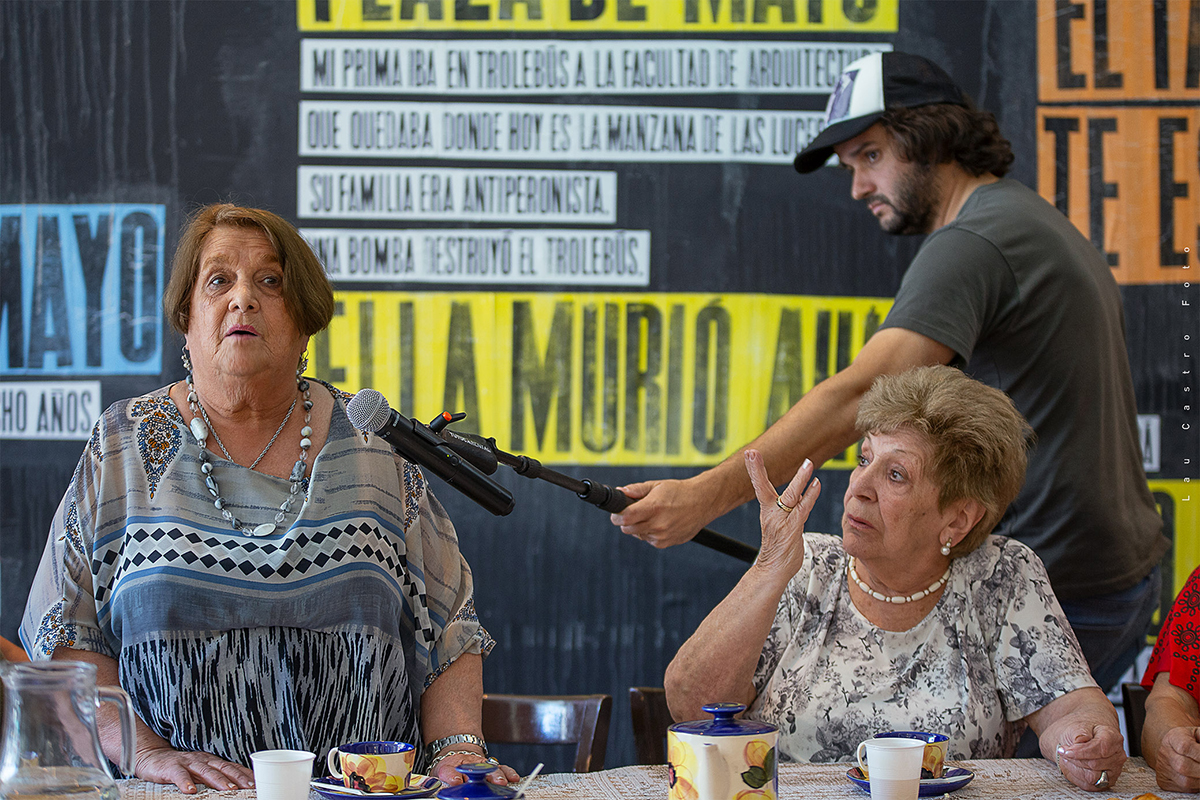 True and invented stories, defamation, memories, delirium, convictions and lies. The death of a young man on the train tracks, a tea snack in a nursing home, an armed commando conformed by old women that fights for the liberation of Villa Urquiza from real estate speculators, forgotten songs, improbable memories of Perón's visits to the neighborhood, mothers and young people. How to understand death by the forest of Aokigahara in Japan, a romantic neighbor who takes Viagra, an old house catching fire, naked Indians crossing Triunvirato Avenue and a virtual reality machine that defies death, compose among others materials Urquiza, sustained by the theatre work of 30 neighbors of different generations. Flying over them the work of musicians of the neighborhood that under the direction of Juan Baya, built a poetic universe that accounts the wonderful strangeness that exists behind the facade of a seemingly common neighborhood of Buenos Aires.