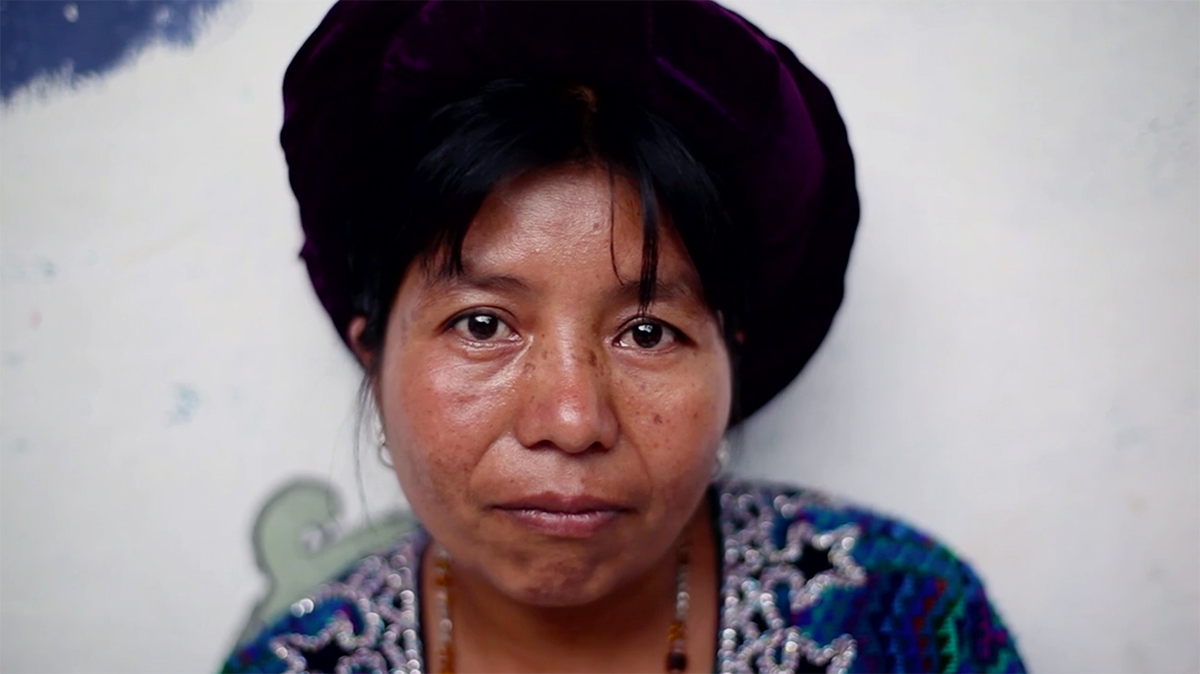 "I started in the struggle of the women because they had locked my sister in a hospital in quarantine, they had her isolated in the city, because of an illness they did not know what it was and they did not let us see her. My father is Ajquij (spiritual guide) and I was desperate because my sister was dying. One night my father dreamed that my sister was going to live, and then we went to look for her in the night, we went through the roof of the hospital and wrapped her in a sheet. We take her out the window, cross the forest and take it home. My sister lived. "

"Death is not black for us, black is not negative or represents pain, it is the counterpart of light, like the life of death. In death there are as in life different colors, and we wanted to communicate through our action with the energies of the woman who had passed away. And what we wanted to tell has many colors, because they carried the joy as us".

"In this process of embroidery we make an experiential transfer of our culture and history, since it is not known by the new generations. And that's why social work often has no strength, because there is no history, no roots, and then you do not know where you are going. The violence of the colony was behind the violence of the war and the violence of the war is behind the violence against women. The war broke the community social links, neighbors were killed against neighbors, war gave power to those who carried a weapon. Power was a source of authority and shared the different powers and began to be a source of harm. Inviting to embroider and to dialogue is to understand from the different personal experiences the different forms of destruction that the war had and still have in our lives".

"We fight so that justice is done and whoever exercises violence pays. But we also know that what is happening is related to a very deep imbalance. And we try to understand that imbalance".
Silvia Menchú