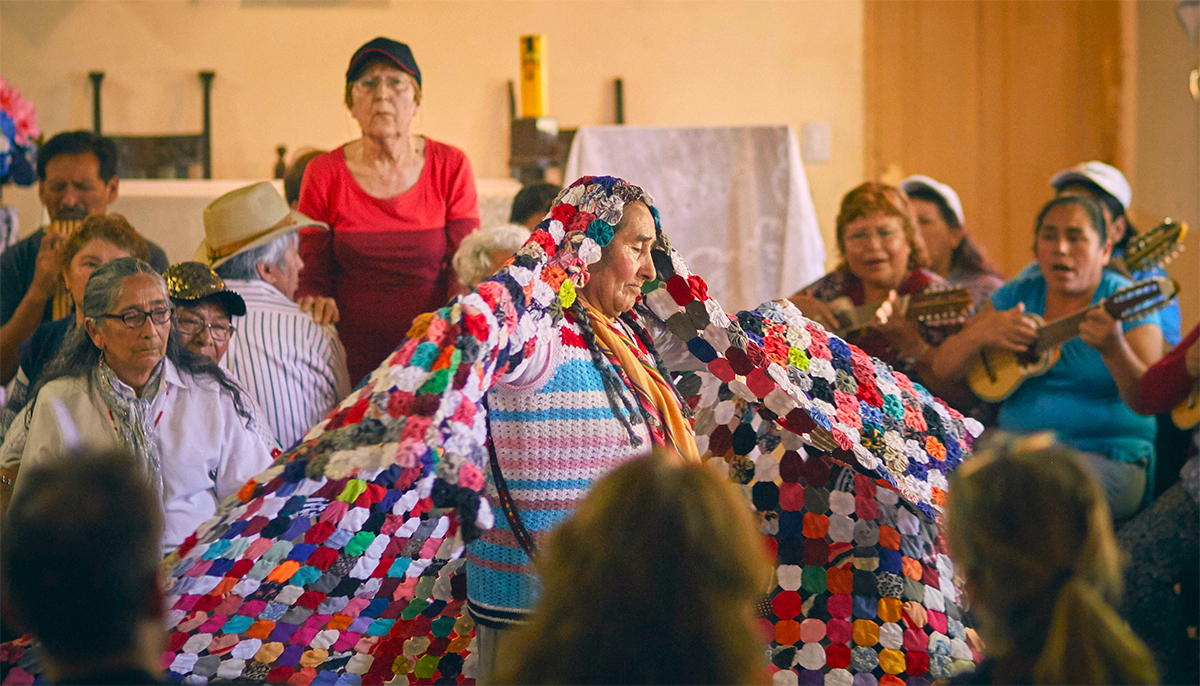 The speed of light was born from a creation process of two years in Villa 31, after being thirteen years out of my country. Shared with older women from that marginalized neighborhood of my city and from other neighborhoods, which remain deeply separated. We worked together on their memories, the present moment of their lives and the imagination of the future.

This process it can also be explained as a cross.

A horizontal trip of a city towards its back, those places denied and unknown, such as Villa 31, to which Padre Mugica (who lived there until his assassination by right paramilitary groups) called the "subconscious of the porteños".

And a vertical trip that deepens in our time on earth, from our origin and our roots, over time, relationship with nature, affection, love, death, transcendence and after life.

In an scenic journey that departs from Plaza San Martín, in a rich neighborhood of Buenos Aires, towards a chapel of Villa 31, crossing their streets and houses, survival in front of the demolitions, deportations and assassinations of the dictatorship, and the beloved ones that are no longer here.

And an imaginary journey through Latin America to return to the places where they were born before they die.

Written and directed by Marco Canale.